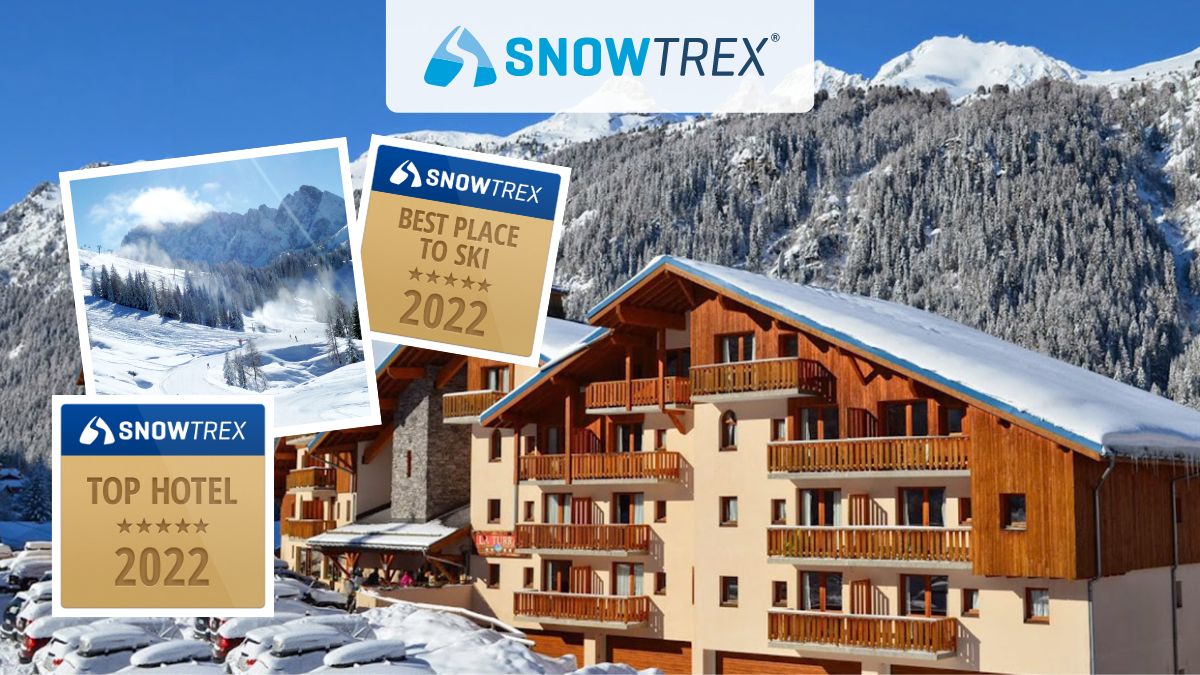 SnowTrex, one of Europe’s largest specialised tour operators for winter sport trips, after a break due to the coronavirus pandemic, has once again announced the most popular ski areas and accommodations in winter sports resorts and awarded them with a 2022 SnowTrex-Award. This year, 60 accommodations and 66 ski areas have received the coveted award. The basis for the award is the feedback given by customers after their stay. The winners of the SnowTrex-Award 2022 are listed online and on location, where they are marked with either the “Best Place to Ski” or “Top Hotel” seal.

Traditionally, many winter holidaymakers base their choice for a ski resort or accommodation on the feedback of other travellers. Is the accommodation clean? How is the quality of catering? Is the skiing area suitable for beginners? In order to help winter holidaymakers choose the right destination, SnowTrex asks all its customers to answer these and other questions in a questionnaire and displays the results in detail next to each bookable holiday. Ski areas and accommodations that have a particularly high level of customer satisfaction are then honoured by SnowTrex with the renowned SnowTrex Award.

The SnowTrex Award, which is presented after the end of each season, is based on recommendations and customer ratings in terms of service, catering and facilities, as well as the quality and extra services of the ski area. The SnowTrex Award 2022 is presented to all accommodations and ski areas with a recommendation rate of at least 80 percent (accommodations) or a rating of at least 8 out of 10 (ski areas) and a certain minimum number of ratings. This year, ski areas and accommodations in Austria, Italy and France are at the top of the list.

The most popular destinations in Austria include ski areas such as the Hochkönig, Kitzbühel, the Skicirkus Saalbach Hinterglemm Leogang Fieberbrunn, the Salzburger Sportwelt or the Zillertal Arena. The glacier ski areas in the Kauner- and Stubaital are also included. In Italy, the ski areas in Bormio, Livigno and at Kronplatz are among the winners. The favourites in France include Les 3 Vallées, Les 2 Alpes and Tignes-Val d’Isere. Other countries in the Alps also convinced customers: In Switzerland, for example, Arosa-Lenzerheide, Flims-Laax-Falera and Zermatt received the SnowTrex Award. The same goes for the ski areas of the Region Berchtesgaden in Germany.

With regard to accommodation, in Austria, for example, the Hotel Salzburger Hof in Maria Alm, the Gasthof Fair in Mörtschach and the Hotel Rauscher & Paracelsus in Bad Hofgastein are among the winners. In Italy, the accommodations of the Alpen Village in Livigno, the Hotel Stocknerhof in Mühlbach im Pustertal and the Dolomites Hotel Union in Toblach are particularly popular. In France, the Résidence Prestige L’Orée des Pistes in SuperDévoluy and the Chalets Grand Panorama in Valmeinier received excellent ratings as well. In addition, in Switzerland the Hotel Strela in Davos and the Hotel Bären in Interlaken are two of the favourites, while customers in Germany were very happy with Hotel Neuhäusl in Berchtesgaden and the Dorint Sporthotel Garmisch-Partenkirchen.

All winners of the SnowTrex Award 2022